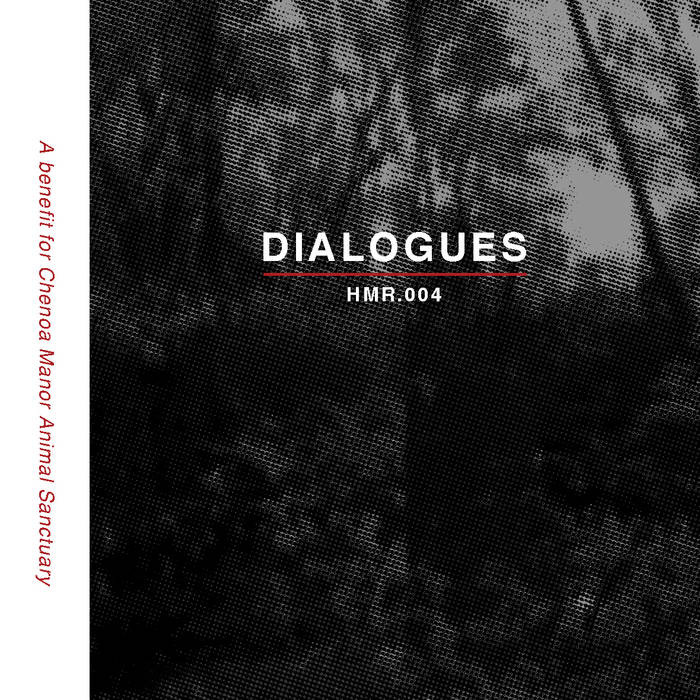 "Dialogues: A Benefit For Chenoa Manor Animal Sanctuary" is a compilation of songs by bands who promote, encourage, and/or live by a vegan diet. The comp features 13 bands from around the United States that are active in the DIY punk/hardcore community and advocate for animal rights. All proceeds of this release will be donated directly to Chenoa Manor, a non-profit animal sanctuary outside of the city of Philadelphia, Pennsylvania.

This compilation is available now as a donation-based download.

Cassettes are up for pre-order now and will ship on or before February 20th. They will be limited to a total of 200 copies with hand silk screened jackets. All physical copies of this release come with a download code.

All songs were mastered as a whole for this compilation by Steve Roche at Permanent Hearing Damage in Philadelphia, PA in January 2012.


Review of this comp from a friend:

"Often, compilations are either organized along lines of genre or intention. Songs appear together because they fit stylistically, or because thebands share support for a specific idea or issue(s). Dialogues:a Benefit for Chenoa Manor Animial Sanctuary isunique in that the songs that appear span a wide range of music fromthe DIY / Hardcore community, but still somehow feels like a coherentcollection. There's plenty of contrast between total raging hardcoreattack and more melodic power pop tracks. Bands you may never haveheard of manage to hold their own alongside the more recognizablenames, and you'll be pleasantly surprised by at least one unfamiliaract on this comp. This is not just a collection of music, but a powerful cross section of the most thoughtfully written DIY punkgoing on right now."